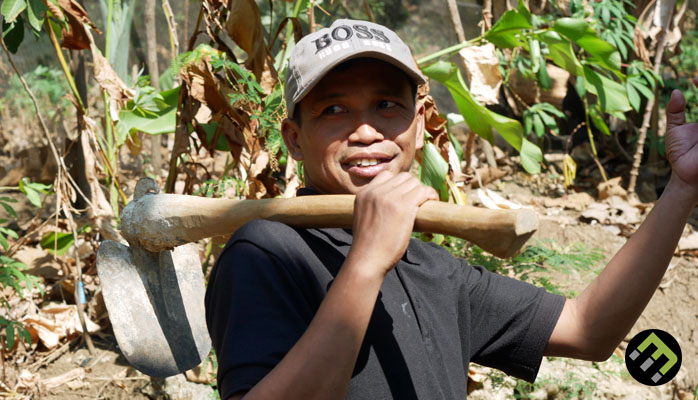 Life of a Tree Planter

Here at EcoMatcher, we provide tree planting as business solutions, connecting trees planted in various communities across the world with corporations that can utilize trees for innovative purposes.

But what is it like, living and planting trees in one such community? Born in the city Singapore with tall buildings, paved streets and a darn good Wi-Fi connection was pretty much all I’ve ever known. Airdropped into the rural village of Duren Sawit, located in central Java, Indonesia, I got to see for myself firsthand what it was like to be at the forefront of one such green initiative.

I was first introduced to Pak Jamasri, the field coordinator in the village. As part of EcoMatcher’s collaboration with Trees4Trees, seedlings and training is provided by Trees4Trees to the farmers of Duren Sawit. Pak Jamasri manages the farmers and handles administrative affairs. After summoning the courage to try out a local delicacy offered to me – a spiny-shelled sweet-tasting fruit called Salak – I set off to explore Duren Sawit’s tree plantations planted with Pak Jamasri, together with a farmer named Pak Parjono.

Smack in the middle of the dry season, the summer months of May – August sees tree planting take a backseat for most farmers in Indonesia, who instead focus on tending to the trees and crops that have already been planted. This was no exception for Pak Parjono and the other farmers in Duren Sawit, and for good reason. With each swing of his changkol against the rock hard ground, he painstakingly demonstrated to me the process of planting several Albizia (better known as Sengon in Java) seedlings in dry conditions. Having planted trees since he was in his teens after learning to do so from his parents, it was a task he enjoyed, but definitely more so during the rainy season towards the end of the year, when the soil is a lot kinder for digging and the laying of new seedlings.

With the blistering heat of the midday sun soon approaching, Pak Parjono and the rest of the tree planters would retreat to the village, taking part in afternoon prayers before enjoying a well earned lunch and rest back in their abodes. After an hour or two of coffee and chitchat, he would then return to the fields – once again tending to the trees and crops. As evening approached, he would return home, followed by prayers and dinner, socializing with his neighbors before retiring to bed. According to him, the next day followed the same routine. Pak Parjono enjoys planting trees. Just waking up to see the growth of the trees he had planted count among the happiest parts of his life. Moments he relives day after day.

Just like most of us toiling away in our jobs, income and the need to support their families are the main reasons for their careers as tree planters. However, Pak Parjono, Pak Jamasri and the rest of the tree planters are also driven by a sense of duty, and an intrinsic motivation to better the environment around their hometown. Lofty ideals of climate change and environmental preservation on a global scale may not be concepts that they and their fellow villagers entirely grasp, but the localized effects of planting more trees can be thoroughly felt. From enhancing diversity and greenery around the village, to supporting their local economy through the provision of feed for livestock and improvement of soil for agriculture, they see the impact the trees have on their everyday lives, and that is all they need.

We’ve compiled a beautiful three-part video series, each approx. 4 minutes, to share a glimpse into the lives of the tree planters we work with in Indonesia. Take a look at them below and enjoy. We hope you like them.